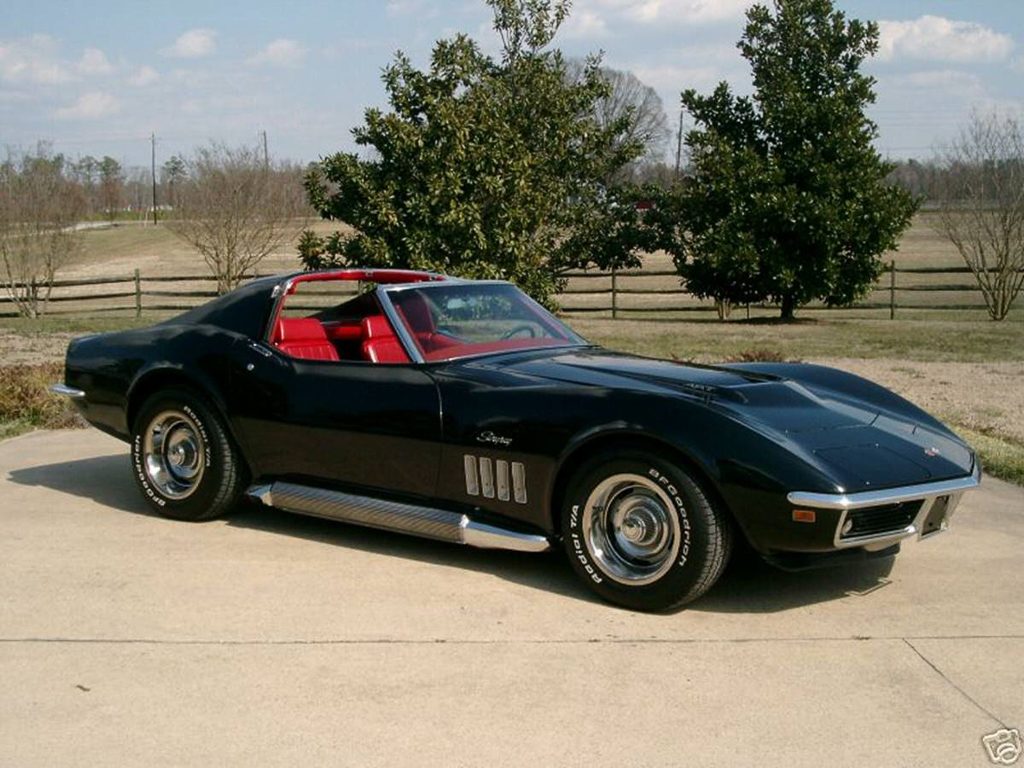 If you look at Corvette as a whole, from ’53 to ’69. Many would acknowledge that 1969 was the peak year as far as shear performance. Sure, the mid-years (’63-’67) were legendary. And yes, there were a couple good years left after ’69 (’70-’72 LT1 and the LS6 of ’71 come to mind). But, by 1971 the writing was clearly on the wall that the horsepower wars were over (at least for the time being) and the federal government and the insurance companies had won. However, if you were lucky enough to be of legal driving age and had the $green$ to afford one back in ’69, you had a treasure trove of fantastic performance options to choose from! The teething pains of the new “Shark” bodied ’68 had been worked out. And the ’69 presented the perfect low-slung, great handling platform in which to place any of 6 great engines and 4 transmissions! Starting with the new 350ci small block in 300-350hp, to the 427ci big block offering 390-550 plus hp, there was no shortage of go-fast options available for the Corvette! And engines weren’t the only news in ’69! Rumor had it that a new custom side exhaust system similar to what was shown on the Manta Ray concept car was going to be available on the ’69 Corvette! This exhaust system was one of the sleekest ever offered on a production car and perfectly complemented the lines of the new Shark. The question was, when was it going to be available? It wasn’t offered in the initial ’69 production run. Because of a dock workers strike, some parts weren’t available early on. And as a result, cars that were ordered with certain options were either delayed or denied all together. In all probability, the early cars ordered with side exhaust were a victim of that strike. And because of this only a small percentage of cars (4,355 to be exact) came with that system. It’s believed that the first cars with side exhaust were delivered to dealers after January of ’69. Which leads us to our very interesting featured car . . .

Is this the first ’69 delivered with factory side exhaust?? Although we cannot be absolutely certain at this point in our research, we think the car seen here in these photos might possibly be one of, if not THE very first Corvette delivered with that option!
Up until ’05, this ’69 had been a one owner car until it was passed on to its next caretaker in a private collection. It’s very original (including the drivetrain!) and in addition to the side exhaust is loaded with options, including power brakes, power steering, power windows, Turbo 400 automatic transmission, tinted glass, rear window defroster, tilt/telescoping steering column, from louver trim and 2.73 Posi rear end. Add to that, the rarest and best color combination of Tuxedo Black w/Red interior and you might just have one of the most unique ’69’s ever built! More to follow. Stay tuned . . .