This Is the Mid-Engined Corvette

The mid-engined Corvette has been rumored for at least 40 years. And even though there have been prototypes and concepts, there has never been the real thing.

That’s all about to change.

What you’re looking at is a prototype for the mid-engined C8 Corvette testing alongside a couple of Corvette ZR1 prototypes in the snow, a place that none of these will ever be driven.

What can we tell? Well, it’s obviously mid-engined. Look at that rear deck and short front end. There’s something kind of Huayra-ish about the shape of it, particularly the front end, though that may have more to do with the camo than the actual design of the car.

It still actually looks rather Corvette-ish, even with that camo. There’s something about the roofline and the windshield that scream Corvette. The bluntness of the front end is a little surprising, as it looks to be hiding some very very large intakes.

Now what engine is in it? Would this be the place for a pushrod V8, or would the upcoming DOHC LT5 be the engine in the back of this Vette? Only time will tell, but we’re leaning towards the LT5 making an appearance here.

It’s a big step from the ute-based mule that we saw a couple of years back, especially because it has, y’know, a body on it. 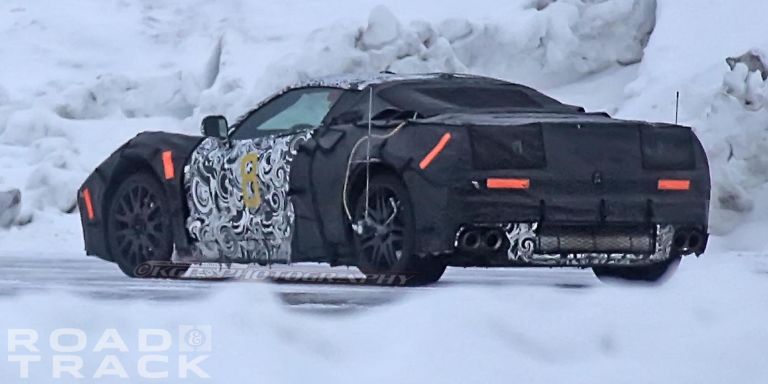 There are also rumors that this could be a Cadillac, which doesn’t seem out of the realm of possibility. Like how Audi shares a platform with Lamborghini for the Huracan and R8, it might make sense for GM to get the most use possible out of the mid-engined platform. If that means there’s a Corvette and a Cadillac, we’d be totally fine with that. 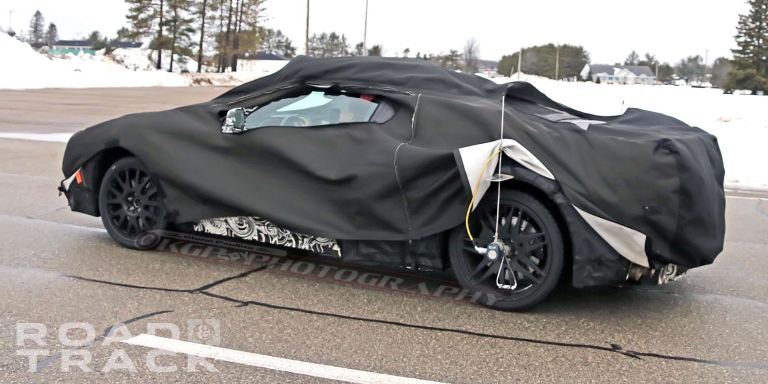 We won’t likely see the whole car for another year, but this is certainly the best look yet. 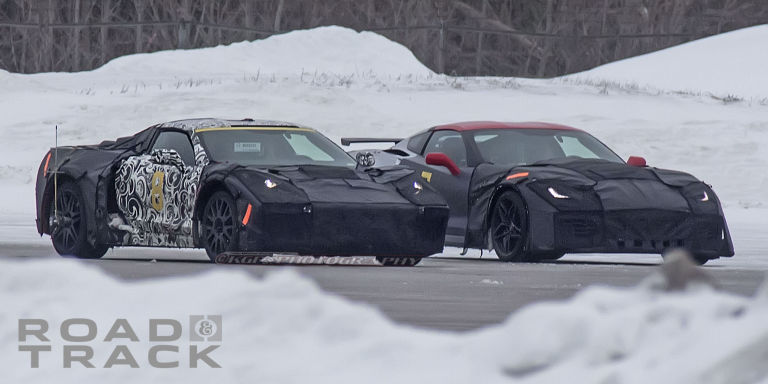