1950–2020: An Unmatched Tradition of Automotive Excellence

Today We Remember How It All Began . . .

Seventy years back, on November 5, 1950, the first Pebble Beach Road Race took place — and the Pebble Beach Concours was born with it. To mark this historic event, we invited Derek Hill to retrace the old road race course driving the very same Jaguar XK120 that his father had driven to victory 70 years prior.

Mark Miller, who now owns that Jaguar, graciously loaned it to us. And thanks to our partnership with WeatherTech, we were able to record this moment and share it with you. 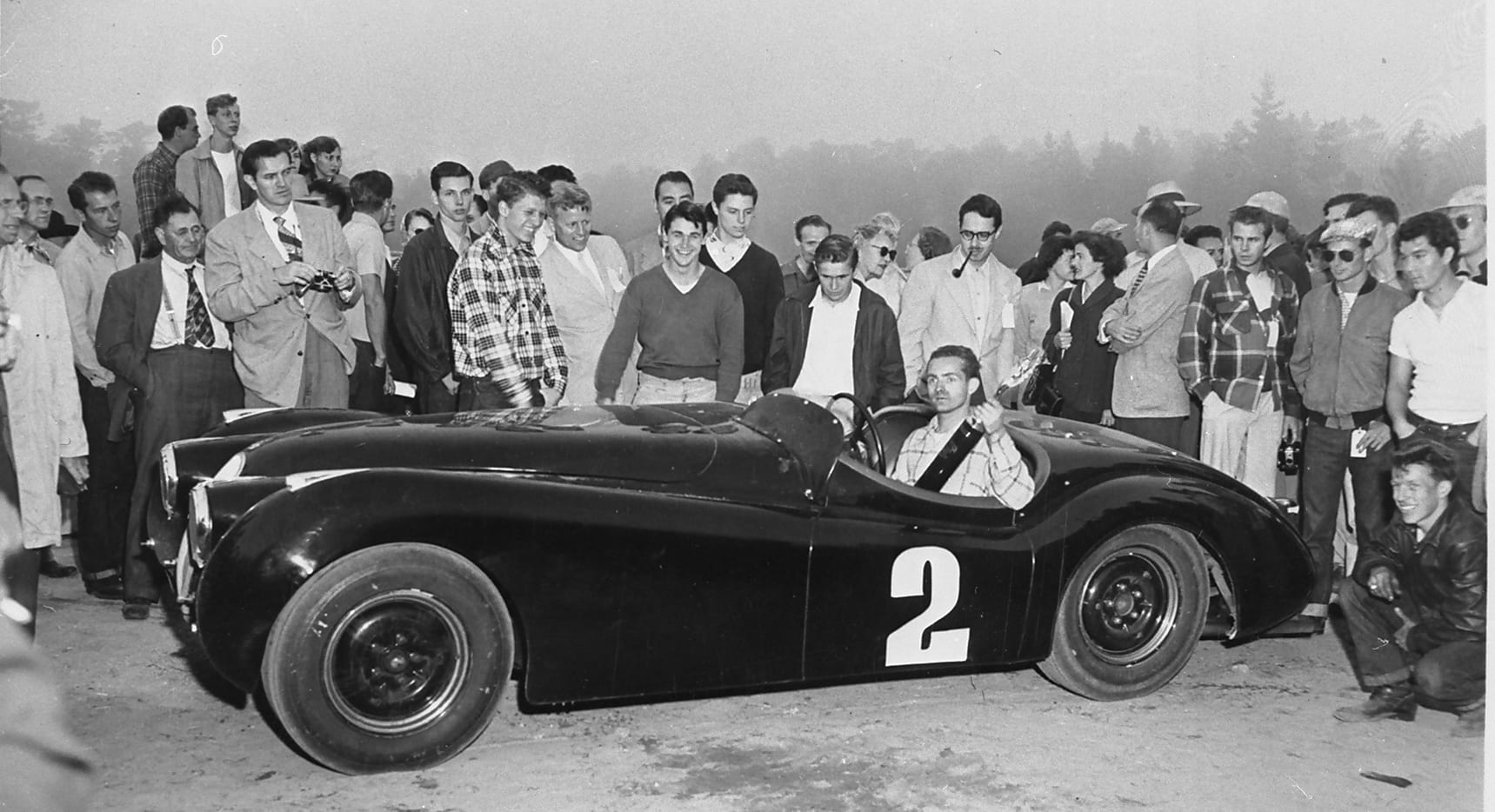 Its Historic Ties to Racing

PEBBLE BEACH, CALIF.  (November 5, 2020) — Phil Hill was forced to start well behind the pack seventy years back when the first race for the Pebble Beach Cup took place on the residential roads above what is now The Lodge at Pebble Beach. The clutch on his Jaguar XK120 had locked in the engaged position in a preliminary competition, and when he pushed the starter button on this occasion a large lurch forward was expected. Instead, nothing happened — and a push start was required. Twenty-five laps later, as the evening fog began to mix with billowing dust and flying gravel, Hill crossed the finish line in first place.

The date of that first Pebble Beach Road Race was November 5, 1950.

Amidst the racing, a small contingent of collector cars — participants in the first Pebble Beach Concours d’Elegance — paraded down the start-finish straight.

“The Race itself was all so new,” Hill said years later. “We were driving through this forest, with just a bunch of snow fencing and hay bales lining the road. It was a real road race, and I hadn’t been in one before.” Hill would go on to win the World Drivers Championship just over a decade later.

Three more drivers and four more cars would record overall wins in the Pebble Beach Road Races before the tree-lined course proved to be too dangerous and a new circuit would be built to host them at Laguna Seca beginning in 1957. But the Pebble Beach Concours d’Elegance, which began in tandem with the races and has continued on long after them, will gather all five of the winning cars at its 70th celebration, which is now scheduled for August 15, 2021.

“The history of the Pebble Beach Concours begins with the history of road racing on the West Coast of the United States, and we want to recognize that heritage when we come together for our 70th celebration,” said Concours Chairman Sandra Button. “We want to pay tribute to the people that founded this event and the cars that made their mark here.”

The overall winners of each of the annual Pebble Beach Road Races will be displayed on the 18th fairway of Pebble Beach Golf Links, alongside many past Best of Show winners from the Concours.

As previously announced, additional features and special classes will pay tribute to early electric cars, those coachbuilt by Pininfarina or powered by Miller, Porsche 917, Talbot-Lago Grand Sport, Iso Rivolta, and cars of the Carrera Panamericana.

For information or tickets to the 2021 Concours, or to make a donation to our Concours charities, please go to www.pebblebeachconcours.net. 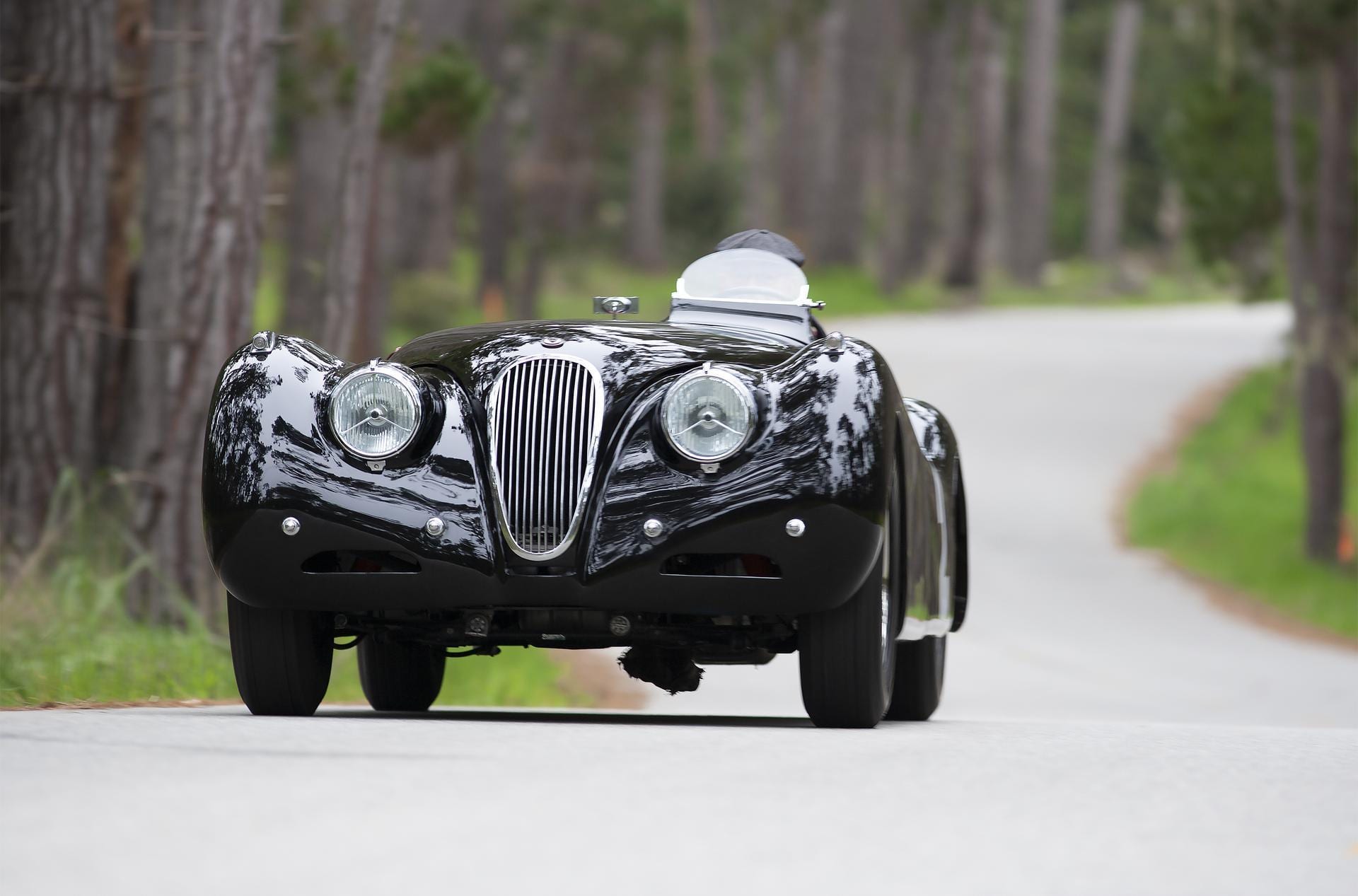 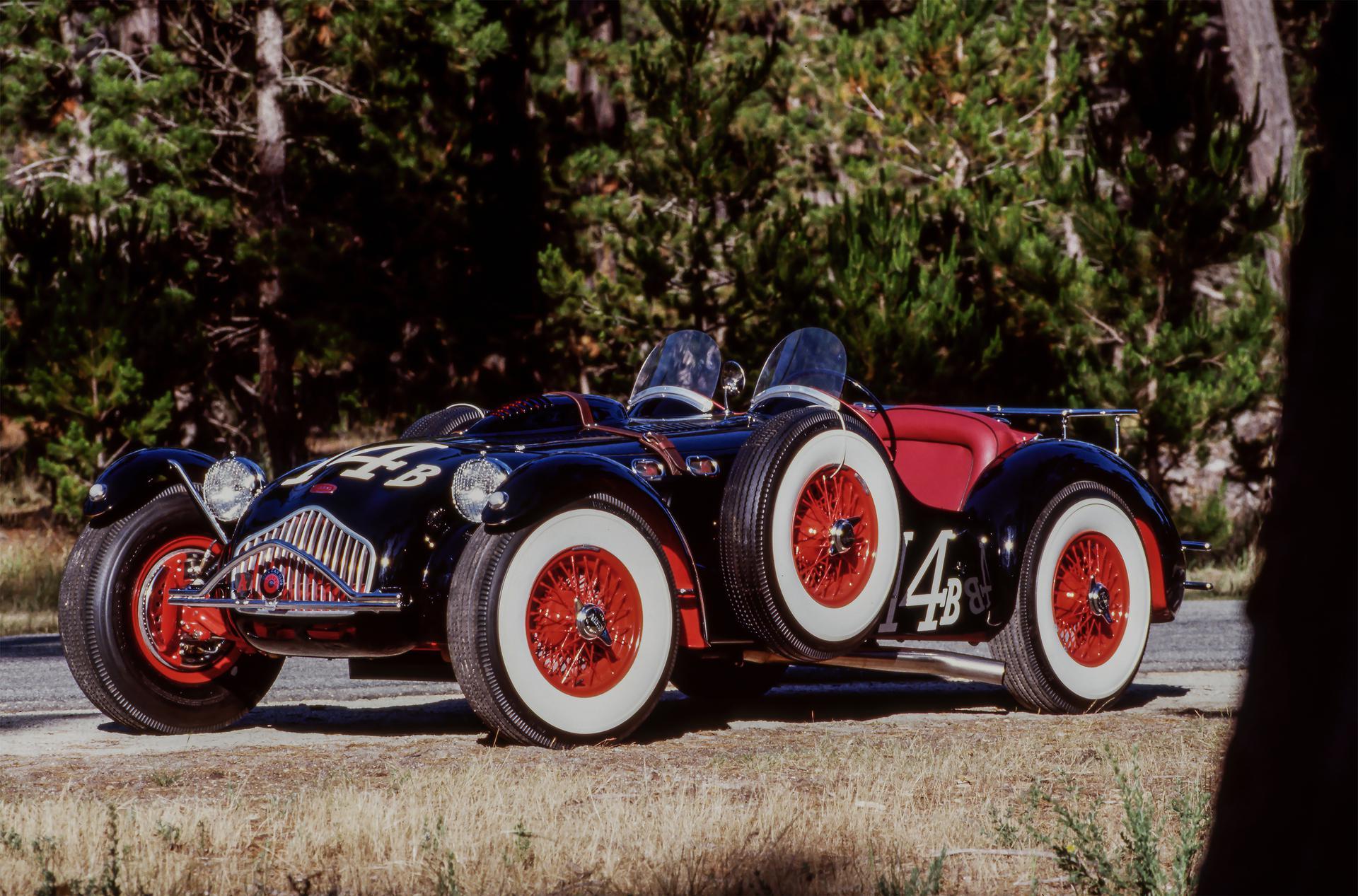 Bill Pollack won consecutive overall victories with this Allard in 1951 and 1952 — and he came close to a third win in 1953. 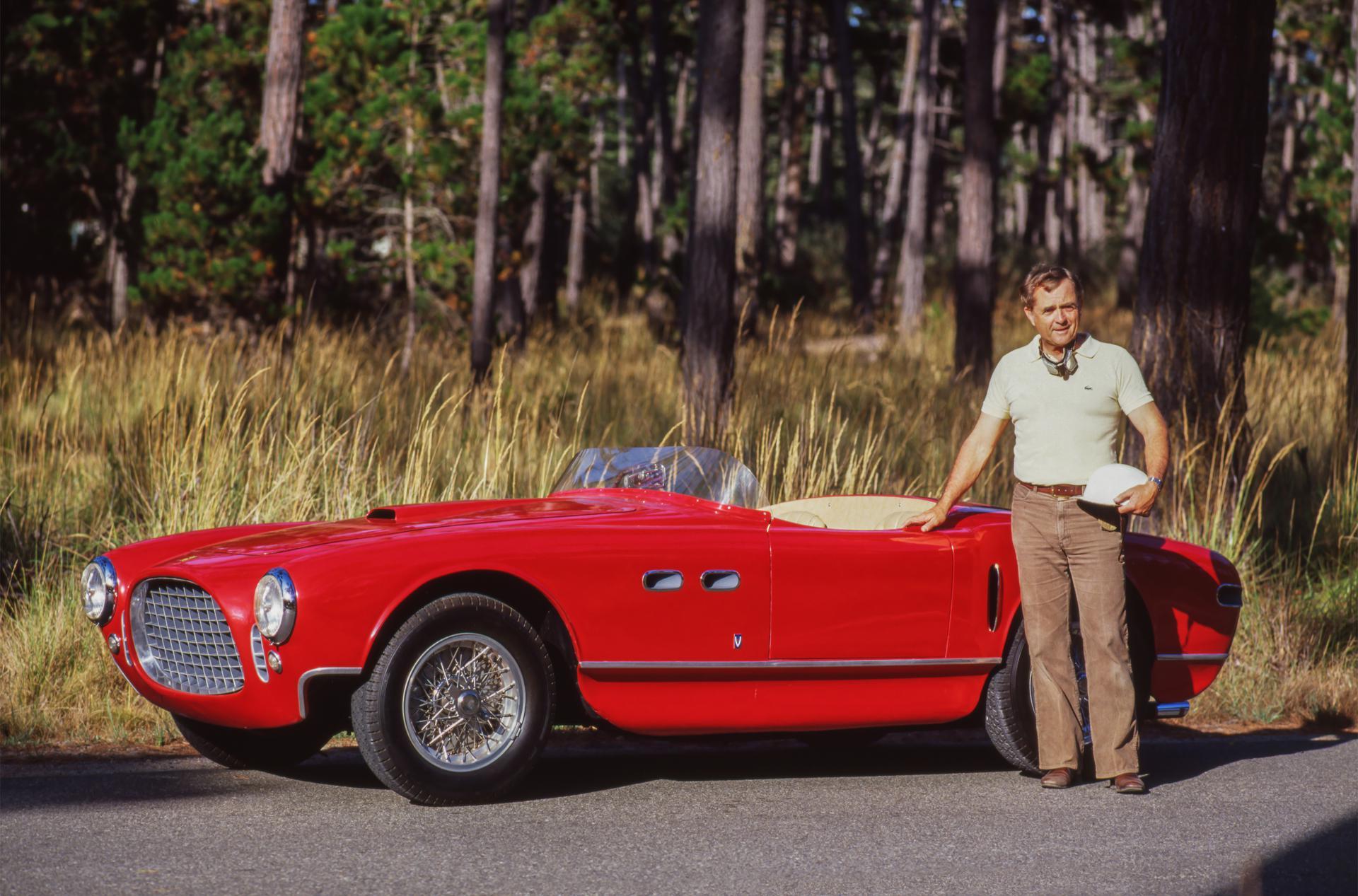 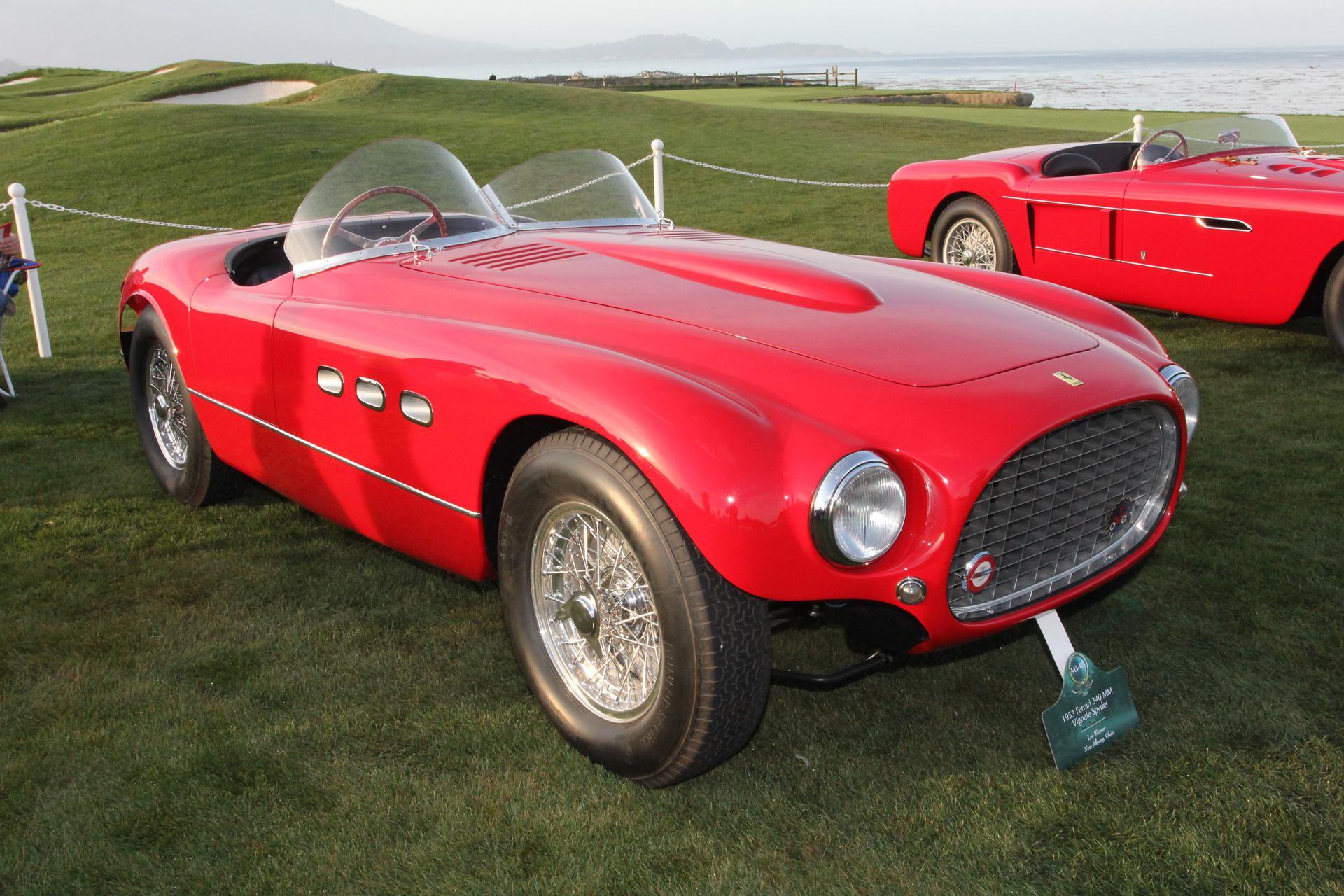 Sterling Edwards, who was instrumental in founding the Pebble Beach Road Races, recorded a win in this Ferrari 340 MM in 1954. 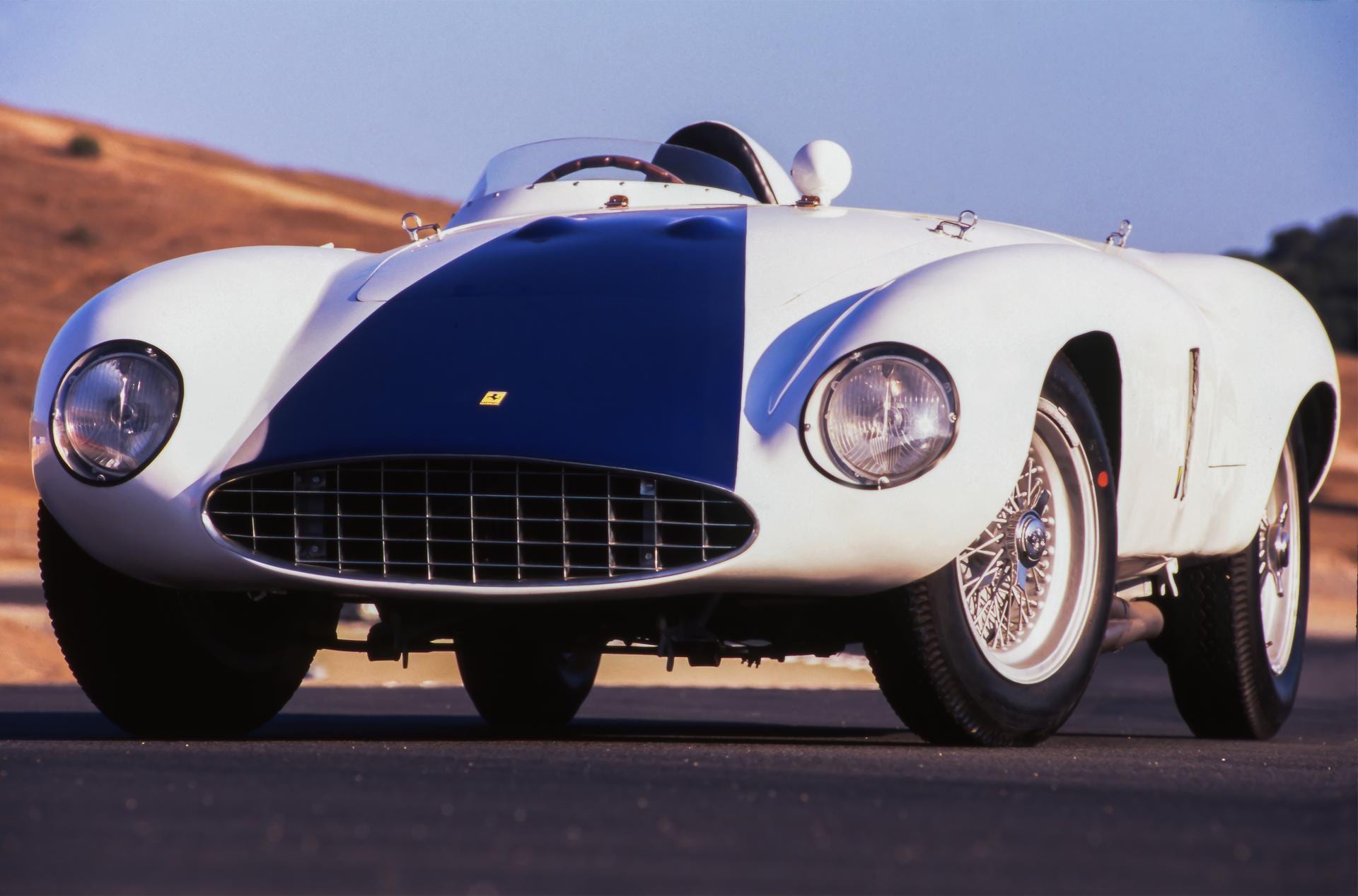 This double winner scored a victory first in 1955 with Phil Hill at the wheel, then again in 1956 when driven by Carroll Shelby.